The Book of Styxhexenhammer: Now Available! 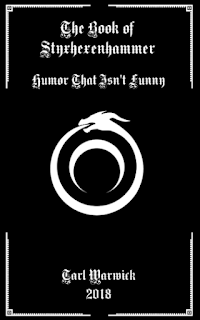 The long-awaited joke of a booklet that I promised people is now here! It's a collection of random and unconnected lore related to my ICQ chat days, the rise of my Youtubing, and making cider out of dead arachnids. Fun for the whole dysfunctional family.

"One of the funniest things ever made. Seriously buy several copies." -Styxhexenhammer666 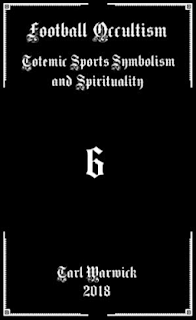 Some time ago (a couple of years!) I decided that if synchronicity could be said to exist, and the occult in part hinged on this as a central principle, evidence of it should be seen in even fairly mundane endeavors. A tome could be written on superstition as it relates to football fans especially (not washing ones' socks during a winning streak comes to mind?) but I wanted to go a bit further, specifically into two subtopics I have not seen written about before.

First- what is the symbolism, totemic and occult in nature, of each NFL team? Where in literature or elsewhere can their mascots, names, etc be found?

Second- is there a correlation, seemingly, between the superbowl winner in a given year and the years' events?

I remark on both of these within this work- over time (some decades) more data points for the latter will be available and we have to acknowledge that teams occasionally change symbolism or location as well, which is of import.