I figured it was about time for another update; as spring marches along I'm already requisitioning materials for my garden, so those of you who enjoy that series will get some new footage soon- along with massive improvements.

On the literary side, I am now about 75% complete editing DeLaurences' odd work "The Mystic Hindu Test Book"- this work covers astral bodies, spirits, crystal gazing, seances, and more; it's quite good after the second chapter (up to that point it is self advertizement and run on sentences.) At around 130 or so pages, it will be an important work here.

After that, I figure on completing a couple other DeLaurence works; they're all of similar length and have various eugenic-era spiritual content revolving around eastern tradition, spirits, and the like. I also have two short herbals and need to contact my illustrator for those to be completed. As promised the Theurgia Goetia will also soon be edited. I figure I can complete seven new works by the end of May at current projections.
Posted by Styxhexenhammer666 at 6:46 AM No comments: 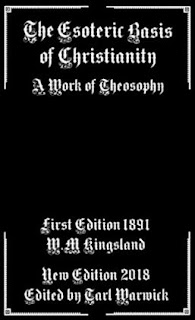 This short work is one of Kingslands' additions to Theosophy; an interesting little booklet which compares Christendom with the claimed mystery religion at the core of Theosophy itself.

The words of Jesus in the canonical scriptures, as well as of Paul and others, here, are used to show that Jesus was not a believer in the kind of legalistic superstition of quasi-modern church dogma- indeed, not only is this inarguably factual, it has now recently emerged into other schools of completely legitimate philosophy. 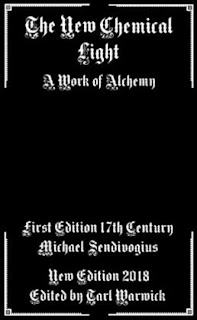 This fairly beefy alchemical tract (technically two tracts in multiple sections) comes from the Alchemical Museum of Waites' time, originally penned by Sendivogius in the 1600s. It is strictly physical alchemy at work here, and strictly the more "authentic" path of the same, not like some works which are basically about just creating interesting medicines (few of which were safe!) or counterfeit currencies. Part of this work is in the form of dialogue between the alchemist and his mercury. In that sense it is vaguely like the much later work "On the Philadelphian Gold."

Here then the major concept of alchemy, that great work, is that of the four elements, three substances, two halves (male and female) thus joined creating the perfected substance that was believed to operate much like stem cells for the mineral world, literally, a sort of primordial material that could be purified out from other things and used to project matter. Importantly, Sendivogius references what some other contemporaries do, namely that this substance, while found in gross (literally vulgar, as in composted feces, etc) matter, to try and work with that same matter improperly will benefit the sage not at all.

All the Reasons Why We Need Gun Control: Now Available! 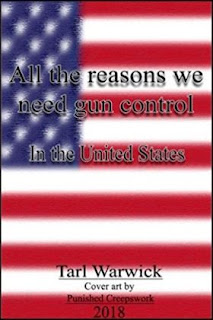 And now the monumental time is finally here; I wrote this, the ultimate compilation of all reasonable, constitutional arguments for gun control on both a legal and ethical basis. Indeed, there is no argument which can be formulated in favor of US gun control that you will not find in this book- it's simply impossible! Astonish friends and neighbors with your laundry list of pro-gun control arguments and win every debate.

Perfect as a gag gift to annoy your anti-constitution friends or relatives. Get one as a gift for your bitter vegan aunt, or your extremely indoctrinated millennial friend today! 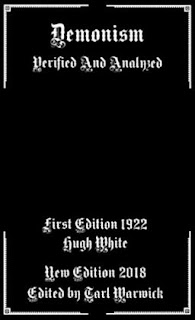 This work is an excellent look at some of the christian conceptions of demonology from its era, in the roaring twenties. Based on field work in China and India, mostly by the author but referencing other missionaries as well, it purports to prove that demons exist, that evil is the agency of Satan, and that mesmerism and psychology play a role in possession.

It contains several hundred of these anecdotes and speaks of strange idolatrous practices in typical early 20th century form, while listing polytheism and similar things as spiritually hazardous. Oddly, while proposing government moralism, it decries literal suppression of such beliefs in favor of mere coercion and education. It also attacks spiritualism. 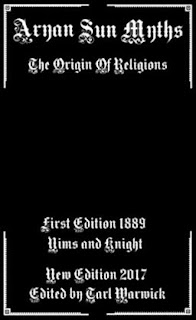 This work is one of the best academic treatments of religious history that I have encountered. It spans a dozen cultures and many centuries in its pages, going from Babylon, Egypt, and ancient India, up through Greece, Rome, and into the then-modern period of the late 19th century.

Most of the lore here is in the form of historical quotation from Tacitus, Pliny, Caesar, and others, or else notations regarding the similarity between epic poems and literal mythology and the then-accepted trappings and symbols of Christendom. Indeed, the imagery of twelve followers (disciples), halos, resurrection, virgin birth, and many more such tropes, are originally pagan, and any actual historical Jesus is in all likelihood lost to history, because the subsequent writings on this figure were an amalgamation of a half dozen solar cults.

Alright literary world, it's time for a brief update as spring (very slowly) decides to encroach; this gives me a lot of ambition while suffering from cabin fever, although once it actually gets nice outside I do a "little" less editing and writing for a while mid spring.

I am currently about 90% of the way through "Aryan Sun Myths" and so that work will be ready and available within a week or so- "Demonism" I am half done with, so that would be the third week of March, roughly. A couple other works are planned for March: once Aryan Sun Myths is complete I'll begin editing, I believe, the Theurgia Goetia, or perhaps the Paulina and Almadel (the two will be released together due to the lengths being too short to get the Paulina out solo); either way I'll be contacting my illustrator, and by the summer all four books of the Lesser Keys will be available, I hope. After that it won't be long before I release an edition of the same with a fairly elaborate foreword and some explanatory comments.

I have a few short alchemical works of note to process as well, along with the planned two herbals!
Posted by Styxhexenhammer666 at 6:15 AM 2 comments: