Occult Philosophy For the Modern Age 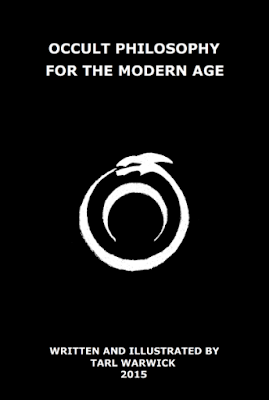 At last, after two years of writing, editing, and illustrating- my guide to occult philosophy is finally available on Amazon.

I started this work in 2013- for a year it was mostly written but hadn't been edited because I was so busy with other projects, namely "Ashes" and "Morbid Stories." I took the liberty of applying my own digitized artwork to it for two reasons; first, I can work a lot faster than anyone I'd fund to illustrate, and secondly I can absolutely control the content to my hearts' content- sometimes complete symmetry is desirable, but for this type of work I prefer material that more closely resembles digitized sketches that have nonetheless been altered to be more appealing.

The work stands at 198 pages- much of its content is metaphysical, although it applies one general overarching concept to various things within the occult and the paranormal; the basic concept around which most other passages revolve is the concept of oscillation and of evolution as applied to non biological principles; this allows the redefinition of virtually every other occult and mystic concept. In days of old I never realized this, but once it became apparent that this could be applied to occult topics and even every secular topic it became monumentally important to define it- for it is the eternal kampf in its pure form; not the watered down, bastardized version used by racial nationalists but rather the evolutionary component applied to every field.

It is through this struggle, and through many cycles, and through random convolution, that I believe all other occult principles and phenomena operate and manifest; this work, then, describes it in minute detail.

Thus I offer this as my own handbook to guide the occultists of the world in what is, as of now, a sort of guide to my own system and path.
Posted by Styxhexenhammer666 at 10:10 AM No comments:

The Nonfiction Bible: The One True Word of God At Last 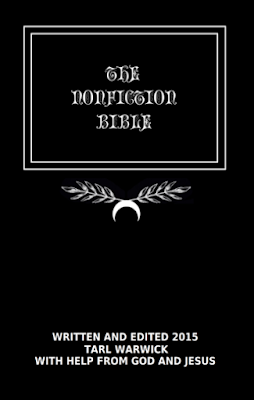 GET YOUR COPY HERE


At long last the Nonfiction Bible has been completed. All prior spiritual works- the KJV, the Talmud, the Quran, the Book of Mor(m)on, are all hereby supplanted and invalidated by the final, absolute, undeniable, unchanging version of god's word (Copyright 2015, God.)

As it states inside of the Nonfiction Bible itself, it is directly inspired by and directed by god himself. We know this is true, because the book is holy and says so. Inside, you will find, at last, the true story of Jesus fighting a dragon outside of Jerusalem, of his hippie days in Haight-Ashbury swallowing mushrooms and strawberries, and the age old story of Jonah and why god really had him swallowed by a fish. So too does it tell the true stories of Noah, Moses, Adam and Eve, the Revelation of John, and much more.

Its final culmination; an epic battle between the forces of Jesus and Satan over their favorite musical genres, during which they both unveil their final abominable weapons of war, attempting to destroy one another for eternity.
Posted by Styxhexenhammer666 at 2:27 PM No comments: