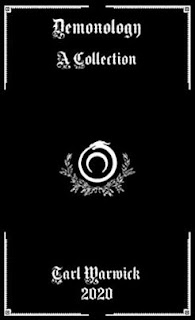 CLICK TO PURCHASE
This is one of four full length works I intend to release in quick order, compiling nine full length texts on demonology, along with an expansive preface, an appendix with notes, and a bibliography for further reading. Titles include...

Demoniality
King James' Demonology
Demonomania and Witchcraft
Demons and Tongues
Modern Vampirism
On the Operation of Demons
The Devil: His Origin, Greatness, and Decadence
The Piasa: The Devil Among the Indians
A Tryal of Witches
I am very proud of the work. Please note that this is not for those who wish to summon spirits demonic or otherwise, and is a work predominantly historical in nature.
424 pages.
Posted by Styxhexenhammer666 at 11:46 AM No comments:

Now that the second phase of my great work is done (that of creating 300 different editions of occult literature to greatly enhance the availability of reasonably priced, properly formatted modern works of the type) it is time to move on to a smattering of important projects which I have amassed over time but had to perpetually hold off on til I had completed all of those works; namely, to produce a few authored editions and a half dozen or so collected works.

The former is simple; I have wanted to release a couple of intermediate-length works on semi-academic topics related to the works I have been releasing, for some time; the most important of these will be a sort of historical study of fortune telling and oracle systems, drawing both on the works I have edited and a half dozen or so additional works I have read but not yet completed. This will compare and contrast them and draw a sort of historical timeline about them. The second work I wish to make on the subject of alchemical literature.

I then intend to create Sickness in Hell II, a second volume of Morbid Stories, and a compiled grimoire, before moving on to, as I said, compilational works under single genres of occultism; these will contain extensive notes, expanded forewords, and be edited and reformatted into works which will comprise entire shorter works, collected together at an even lower price-per-work with substantial academic inclusions; what makes this exciting is that since I have already edited the works, this won't take too much time and the copyright issue is off the table because each component is already mine to use as I wish.

Posted by Styxhexenhammer666 at 3:35 AM No comments:

This fine little work is a compilation of tales of the Stigmata as reported over the course of centuries by the Catholic church. The phenomenon itself is the appearance of marks on the body commensurate with the wounds imparted on Jesus during crucifixion. Regardless of whether you believe in such a phenomenon, it's a very valuable bit of history pertinent to the Catholic church and some of the stories are quite supernatural (such as levitation and religiously significant marks on the heart upon dissection.) 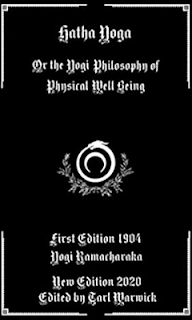 This is the final Atkinson (Ramacharaka) title on the subject of yoga, and is somewhat intermediate between the very hands on how-to content of his work on Raja Yoga, and the abstract and philosophical discussions in Gnani Yoga. It combines scientific new thought with calisthenics and breathing exercises meant to strengthen the body, improve overall health, and aid with focus and attention.

A few passages under the "breathing exercises" section are taken from a previously edited work, "Hindu Yogi Breathing Exercises" also by Ramacharaka.