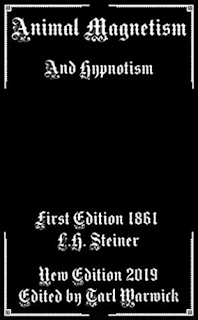 This very short manuscript is slightly amusing as well as informative; it gives a good mid 19th century (and then-rational) look at mesmerism and hypnotism- applauding the latter, even in its rationalism, for abilities which are now seen as bunk just as much as the way the author here chastises Mesmer as having been a fraud (he was.)

It is true, though, that some of the abilities of hypnotism spoken of here are still held to be true- and it is irrefutable that hypnotizing a chicken is both possible and itself slightly funny.