The Consciousness of the Atom: Now Available! 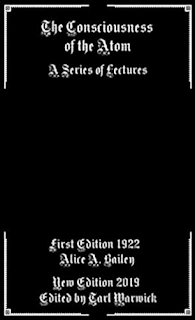 This intermediate-length work is the product of Alice A. Bailey, one of the more well known Theosophists of her era. Over her career she penned many works described as "received" (via channeling) but this very early work is of her own admitted manufacture.

Some of the content is quite as pseudoscientific now as it was before (man as a central radiation source comes to mind) but other material is accepted to some degree or another. The idea of spooky action at a distance aside, Baileys' work basically adopts the modern concept of the atom four years before it pretty much replaced the prior. For those interested in Theosophy it is an invaluable work.