Within the Temple of Isis: Now Available! 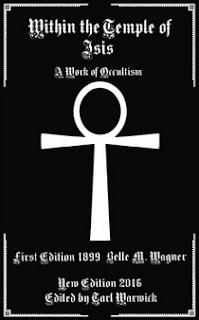 "Within the Temple of Isis" is a strange work of occult fiction overlapped with metaphor and new thought ideology. Crafted in the dusk of the 19th century, it is meant to be a spiritual statement on the purification of mankind among other psychic and paranormal phenomena.

It shows significant influence from, and imparted influence to, the general philosophy of the age- from roughly the 1880s to the 1920s the occult was overarched by the general prevailing wisdom that the world was fallen away from some golden past and that this utopian dream was able to once again be realized. It's quite an interesting work.